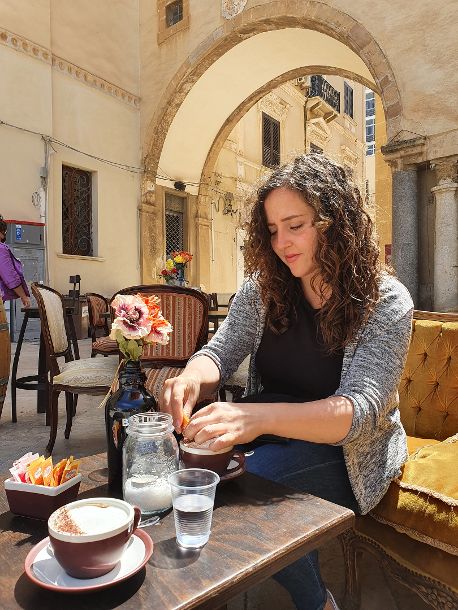 Apparently, I’ve made a weird choice. Or so I’ve been told for the past 4 years. “What choice was that“, you ask? To leave oh-so-cold Canada to live in oh-so-beautiful Italy! Don’t get me wrong, Canada is also beautiful, but I like to enjoy beauty whilst feeling my toes and fingers. Maybe I am crazy for having taken that huge leap into a life of uncertainty in Italy, or maybe I just loved this – my – country so much.

I’m Italocanadian, which – in my case – means I’m half and half, but born in the Great White North! No, it doesn’t mean I pour maple syrup in my espresso coffee in the morning, it just means I’ve led a very conflicted life, stuck between two very distinct cultures. Not really knowing which one I belonged to. To Canadians, I’m Italian, and to Italians, I’m Canadian:  “La straniera” (the foreigner). Because I’ve always identified more with my Italian side of the gene pool, that part of me was always the loudest – and I don’t mean it in a stereotypical way.

My father is a born and raised Italian that grew up in Ascoli Piceno and that was forced to move to Montreal with his parents when he was only 13 years old, in the late ’60s. He was never able to let go of his roots and to identify as a Canadian. He transmitted that love and passion for Italy to me, which was a little bit problematic, given that half of genes were also Canadian, provided to me by an amazing French Canadian mom! And so it’s really difficult to be stuck between two worlds, especially when you’re living in the one you like the least. It always made more sense to me to be there than it did to be in Canada, which is why it always felt like living with a missing chunk of myself.

As a child, when I would go to Ascoli Piceno, I would be overwhelmed with joy, but the older I got, the less opportunities I had to go there…and the unhappier I became. To the point where I would dream about Italy almost every night, and waking up completely depressed as I would realize that I was still in the land of deers and lumberjacks – just to be a little bit stereotypical! I had to leave – I had no other choice but to leave! You must always follow your bliss, and that’s what I did. At first, I had no idea where or how to start. Luckily, I had a friend who was going to Europe for a school related internship, and so I followed him to feel less alone in that process. That friend changed my life! He gave me the push I needed to finally make my dream come true. And so I did it! 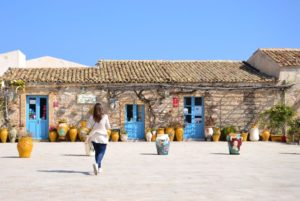 I packed two suitcases and a backpack and came here with about 55kg worth of stuff! I’m a light traveller, as you can see! I started off as an aupair, teaching English and French to kids, then I worked in tourism and finally I decided to teach both languages privately. It was all a bit complicated, because of Covid19 – obviously – but it works for me! I’m also planning on doing these private tours in Palermo, which is where I live now. I have a lot of projects in mind, but I figure I have time to make them come to life. I mean, if I could manage to leave everything and everyone I know behind to move to Italy alone, why wouldn’t I be able to make all of my other dreams come true? I’m just here, living my dolce vita, and seizing every interesting opportunity that is presented to me, knowing that the rest will follow..

Caffè Sospeso, do you know what it is?

I’ve always appreciated a person that really believes in himself/herself and makes his/her dreams come true.
And Marina (that I personally know) is a clear example! My best wishes Marina!