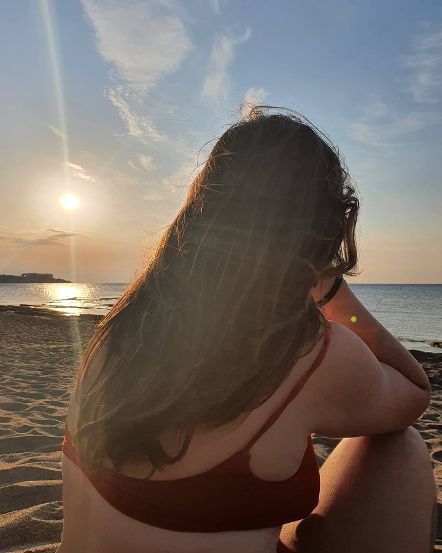 Aupairing…what does that even mean?

Honestly, until 4 years ago, I had literally never heard that word. Which is why I never considered that concept an option – not knowing it existed. I don’t know if Montreal is in some kind of dead angle for that type of stuff, but I don’t know anyone who’s ever done it.

What is an aupair, anyway? Essentially, it’s usually a young girl (it’s a lot more rare for guys to do it – double standards and whatnot) in her early to mid twenties who moves to a foreign country and doesn’t want to spend all her savings or have to go job hunting. Basically, she searches online for a family who wants help with the kids and/or house chores. Most of the time, you pick up the kids from school and help them with homework, 5 days a week. We’re talking about an average of 20 hours a week where you have to be there for the kids and/or the family. There are so many other ways to be an aupair, but I won’t bore you with all of them (instead, I’ll just bore you with a hundred more paragraphs like this one)! In exchange for that help, she gets a roof over her head (usually her own room), food on her plate (that she might have to cook) and some pocket money.

Remember? I had noooo idea what I was getting myself into, and because I had no idea how it worked, when I first got an opportunity to be an aupair in Spain, I didn’t even know to ask for money. I thought that being housed and fed was enough. Spoiler alert: it’s NOT. That family took advantage of my ignorance, and not only they didn’t pay me, but they also fed me terribly. I mean, it’s not Italy… so obviously the food isn’t inherently as great, but still, it’s Spain…they have some good stuff, no? Yes, they do! But hey, we all have to start somewhere and we all have lessons to learn – and this was mine. The monthly pay usually ranges from 200 to 400€, in Italy. Some other countries pay more, but that isn’t all that matters. Most families will give you your own private room with all you need in it (towels, desk, storage space, wifi, etc), but there are a few exceptions! Some families will stick you in the same room as one of their children. To me, this is a BIG no. We all have our quirks, but I think that in your early to mid twenties, privacy is quite important! On the other hand, there are some families that value their privacy so much (or can afford alternatives) that they would rather give you your own accommodation – which is pretty cool!

So yeah, my first experience taught me a lot before I moved on to better things. Next stop? Italy! So before I left Spain, I looked for an aupairing opportunity in Italy, with no specific destination in mind. I had found a few websites to help me (just google “aupair jobs” and you should find a few websites that can be helpful in your quest) and I went hunting for the profile that spoke to me the most. The one I found was quite peculiar – it really popped out! It was a couple in their 50s and 60s that was looking for a girl to look over the man’s 90 year old mother. The nonna (Italian grandma) was fully autonomous, and actually sharp as a tac! She just didn’t feel comfortable staying at home alone while her daughter-in-law was out travelling and her son was out working. The family was out of the ordinary in so many ways, and they were truly wonderful to me. I am extremely grateful for them and I still care about them very much – 4 years later. It was wonderful staying with them, and I learned so much from that experience. I got a second family for life and I now know how to make fresh pasta from scratch, thanks to that 90 year old nonna!

I truly believe that aupairing is a great first step when you want to stay abroad for a while or when you’re considering moving permanently to another country. It gives you a better idea of what you might get yourself into. It also gives you the opportunity to stay there for a while – safely and economically – whilst looking for a job opportunity. It’s how I started my whole adventure. If you’ve read my previous article, you know that I come from Canada and that I moved to Italy 4 years ago – leaving deers and maple syrup behind and moving on to gondolas and Dean Martin songs playing in the background (that’s amore).

Those aupairing days are what allowed me to come here comfortably and to make a sound decision as to where I should set roots in a more permanent fashion. If you’re looking for something less permanent, it is also an amazing idea. It is very enriching and it will teach you tons of things about the world, life, and mostly about yourself! You will grow in ways you can’t possibly imagine and you will gain a whole other level of perspective! But most of all, you will live in a wonderful place, be the envy of all your friends and relatives back home, won’t have to spend a penny from your savings, and will most likely fall in love with a beautiful Italian man who calls you “tesoro” (treasure) or “amore” (love). I mean, if that doesn’t convince you…what will?

The journey of an Italian mum in London