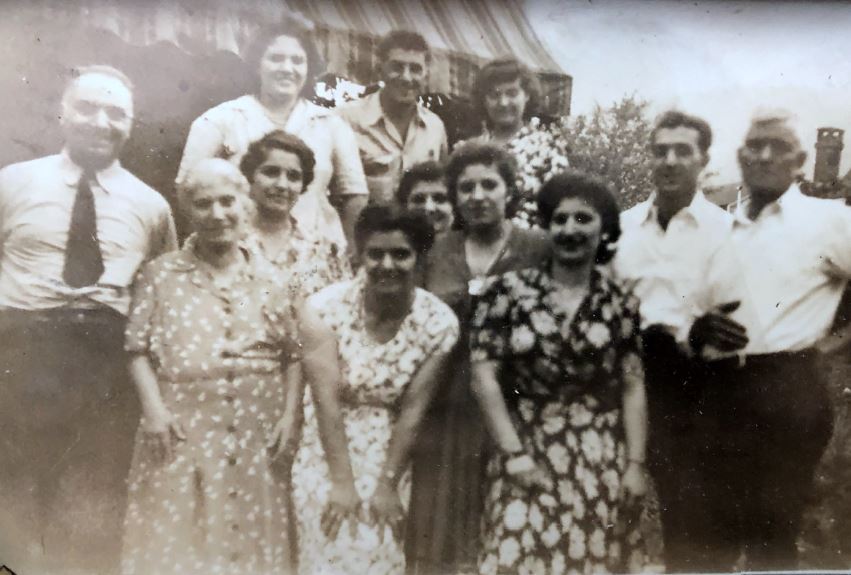 My Grandfather, Alessio Pantuso, arrived in the United States at the age of 16 in 1893. Like millions of others, his path was through Ellis Island after weeks on a boat from Naples. As was customary, the father or eldest son made this journey first.
The eldest son Salvatore decided to remain in Calabria, Alessio was the next born. He would journey to America, live frugally, and manage over time to send passage money home for other family members to follow. Alessio was born on February 12, 1878, in Spezzano della Sila, Cosenza, Calabria.
After coming to America, he worked for seven years at a lumber camp operated by his uncle in NW Pennsylvania. This part of Pennsylvania was very similar to the area Alessio was born. He would work with a team of horses, hauling wood from 4 a.m. until dark for a dollar a day.
When he first arrived in New York City, Alessio was to meet an uncle, the uncle never showed up, so Alessio spent a few days wandering around the city. He finally was able to locate relatives in Mt. Vernon, NY, where he spent a few months, before traveling to Pennsylvania.
When he arrived in Bradford, PA; he again found no one to meet him, so he began to search for the lumber camp which was located ab out 10 miles South. Not knowing the way (the area was still underdeveloped) he followed the railroad tracks. At dusk he stopped to build a fire. It later began to rain, and he stayed up all night to keep the fire going, aware that there were pan thers in the area. The next morning, he began his trek again.
Later that day he came upon camps of Swedish immigrants. Unable to understand each other, he just kept repeating the name of his uncle, “Bennardi, Bennardi” until someone who knew the name d irected him to the camp.
Another interesting story was that at one – point Alessio had to go to the hospital for an appendectomy. At that time, patients stayed in the hospital for 2 weeks. His uncle was to have picked him up after that 2- week
period but did not show up until another two weeks had passed! (I am beginning to see a problem with these uncles!)
​
To add more to this story, the Hospital sent him to the County Jail, as he could not pay his bill. Being an obvious strong, independent young man, Alessio was able to escape to get back to the lumber camp. He was captured and placed in a ball and chain and locked up until his uncle came to take him home. This all developed because the “Uncle” did not come to pick him up. After working for 5 years, in the year 1900, Alessio was able to send for his brother, Biagio and a brother- in -law (his sister Rose’s husband).
In 1901 he sent for his brother Giovanni; 1902 he sent for his mother, my Great Grandm other Giuseppina, sister Fortunata and brother Giuseppe. In 1903 he sent for his bride – to -be Lucia Spizziri, his sister Rose and Lucia’s father Luigi.
At this point the beginning of, at least, five generations of Pantuso’s in America ensued. Alessio and Giovanni settled in Pennsylvania, where there were 10 children born to Alessio & Lucia, including my father,
John. Giovanni’s family included 5 children. What was interesting here is that there were six family homes
in a row on the street that I grew up on.
Alessio in the middle, 2 sons to the left, a daughter in an upstairs apartment, another son to the right, and Giovanni’s family next.
There is also a “NY Branch” of the family as Biagio and Giuseppe settled in Mt. Vernon, NY. Biagio had nine children, Giuseppe five. Before going on, at this point I wanted to mention a genuinely nice personal story.
In 2019, my wife and I were able to do a heritage tour of Spezzano della Sila and Calabria. We had given information on the Family to our tour guide. We had a wonderful visit to my “hometown”, all highlighted by
a visit to the home in which my Grandfather Alessio was born! — but not as easy as that. Upon arrival in
Spezzano, we visited the records office and located the birth records of my grandfather and his brothers. Our guide apologized for not being able to find any living relatives.

We decided to walk through the town and stopped by the Church, where of course, we struck up a conversation with an elderly woman standing in front of the church. Our guide spoke in Italian to her, and after a moment she looked at me and waved to follow her. She took me by the arm as we walked down the alley and around behind the church, she knocked on a door and out came a cousin, the granddaughter of my grandfather’s brother who remained in Italy!

We were invited in to her home, where we shared stories and photographs. This would have been the highlight of our visit until she took us outside and walked across the street to the home where my grandfather grew up. I sat on the steps and smiled, just as I did in my childhood at his home next door to mine.
My story centers around the Pennsylvania branch, where there was daily interaction with family every day on my younger life. I would often go sit on my grandfather’s porch and play with my cousins. The Uncle next door was my barber. The aunt who lived with my grandfather worked at our bank. The aunts would sit in our backyard and snap green beans with my mother. Holidays were a family interaction for the ages, as everyone had their special ties and would share with everyone.
Oh, to be able to capture those aromas and tastes that live on in my memory forever!!
The weddings of the 60’s and 70’s were of epic proportions, starting on a Friday night and ending Sunday to accommodate the out- of – town relatives. Guest lists of 300 – 500 were the norm. The party would continue at our home where we had a local accordion player come over to entertain. Sunday brunch was held at the
Church social hall to nourish the out of towners before they left for home.
My love for any, and all things Italian came out of this time of my life. My mother was well known in the area for her cooking and baking skills. I was right there in my younger years watching and taking mental notes as there were NO recipes or measuring in my house! To this day, more than 40 years later, I still make those
fabulous Italian meals taught by my mother. Whenever I step into the kitchen, she is always by my side, guiding me every step of the way.
INSTAGRAM: https://www.instagram.com/joepantuso_food_wine/
previous post

Hello. I am a Pantuso descendent from Biagio Pantuso, brother of Alessio. Does anyone know how I can get in contact with the author? I am researching family history and would like to connect.

Ciao Biagio,
you can find me on Instagram @robipetrus or send me an email to robipetrus@libero.it