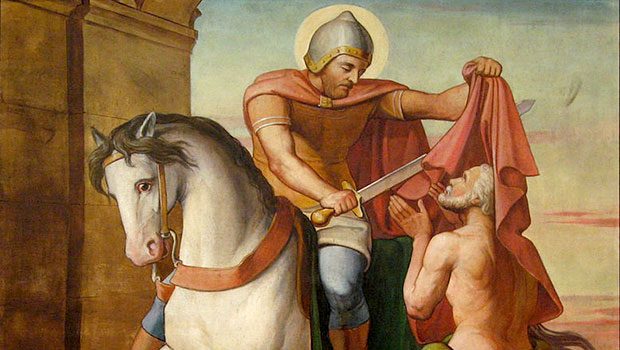 Italy is a fantastic place where everything unimaginable can happen. So much so that it is perhaps the only
place in the world where you have two summers during the year.
The summer of San Martino takes place on November 11. A very particular climatic and cultural phenomenon celebrated throughout Italy.
According to popular tradition, a Roman soldier named Martino found a very poor man who suffered from
the cold winter. Moved by this scene, he decided to give him half of his cloak. The incredible thing about
this legend is that the man whom he had helped was Jesus himself! He came into his dreams to call him to
convert to Christianity.
That is why, on this day, charity and sharing are the most important thing, emulating the good deed of this
saint. We celebrate San Martino’s day with the family or friends and various popular festivals are even organized. Of course, wine, meat, browns and chestnuts are the guests of honor!
“L’Estate di San Martino dura tre giorni e un pochino“.
Beyond the celebrations, the summer of San Martino is a real climatic phenomenon surrounded by myths
and legends that have become part of popular belief. Moreover, even if some experts have given a scientific
explanation to this meteorological phenomenon, the Italian people continue to believe arduously that these
beautiful hot days are due to the mercy of this Saint.
INSTAGRAM: https://www.instagram.com/robipetrus/
previous post

Drink the Favorite Wine of the Ancient Romans