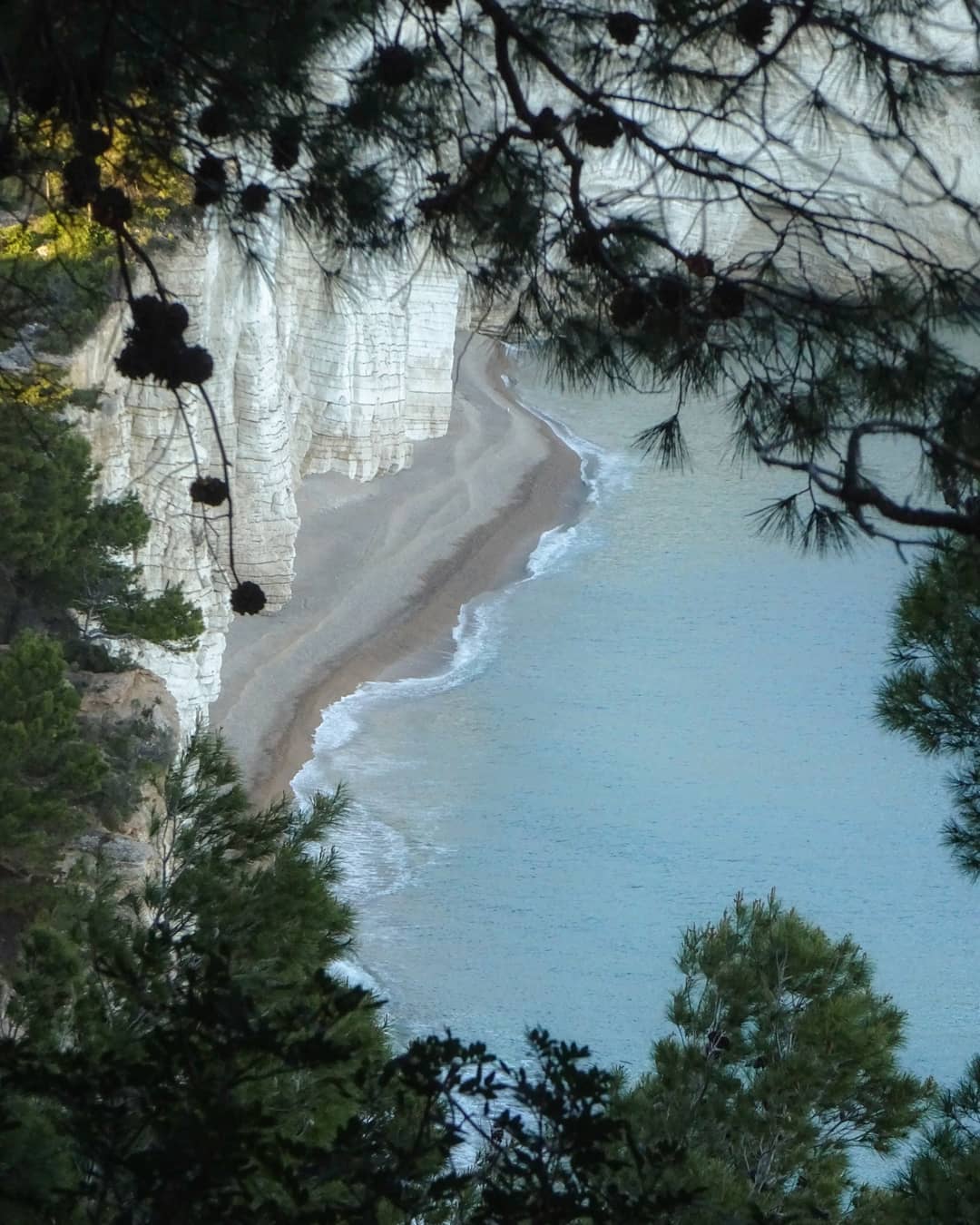 1- Punta Prosciutto – Crystal clear waters and long beaches of fine white sand. Eight-meter-high dunes
and expanses of Mediterranean scrub about ten kilometers from Porto Cesareo. Suggestive Salina dei
Monaci, on the west bank of Torre Colimena, kingdom of pink flamingos.
2 – Porto Selvaggio – Between Gallipoli and Porto Cesareo, is a nature reserve to be discovered on foot
along a path of Mediterranean scrub. In the Horse Cave, the oldest remains of homo sapiens in Europe
have been found.
3 – Pescoluse – Here are the Maldives of Salento, between Ugento and Santa Maria di Leuca. A tropical
dream of four kilometers of white sand, crystal clear waters, shallow waters.
4 – Grotta della Poesia – Is one of the most sensational natural pools in the world, immersed in one of the
most spectacular archaeological parks in Puglia.
5 – Porto Badisco – Halfway between Otranto and Santa Cesarea Terme, a natural inlet as narrow and
deep as a fjord. The towers of Sant’Emiliano and Minervino stand out on the beach. Aeneas landed here,
according to the Aeneid. One of the most important archaeological sites in Europe is hidden, the Grotta
dei Cervi. The great attraction is the sea,with coves such as the Marmitta dei Giganti, cobalt blue in color,
which stands out against the white of the limestone rocks: a paradise for divers.
6 – Baia dei Turchi – Seven kilometers north of Otranto, it is called because the Ottoman army chose to
land here during the siege of the city in 1480, bypassing its imposing walls. Dense Mediterranean scrub
and the unmistakable scent of the pine forest.
7 – Torre Guaceto – 15 kilometers north of Brindisi, a protected marine area set among the rocks. A
unique ecosystem for biodiversity, a stop for migratory birds: golden yellow beaches, a dense
Mediterranean scrub of myrtles, holm oaks, junipers. In the sea with mask and fins you can swim over
spectacular seabeds covered with Posidonia meadows.
8 -Tre buchi, Scalette – Heaven in Monopoli. There are three beaches, divided by rocks. Le Scalette is the
most beautiful and representative cove, difficult to reach because you literally have to do the slalom
between the rocks, the beach is very small but the sea, turquoise green, is Caribbean.
​
9 – Vignanotica Bay – A mask & fins are enough to discover the depths rich in fish at a depth of a few
meters. Before going down to the sea, it is worth stopping at the belvedere furnished with wooden
benches and canopy, in front of a postcard landscape.
10 – Baia dei Mergoli or delle Zagare – The icon of the Garagano, between Mattinata and Vieste. There
are two beaches, divided by a high limestone cliff. An expanse of soft white sand mixed with white
pebbles. Crystal clear sea, which can be reached along a path between almond & olive groves and pine
forests. Stacks of white limestone emerge from the water such as the
l’Arco di Diomede o le Forbici.
Photographer: https://instagram.com/_carmoon_?utm_medium=copy_link
previous post

A story that remained secret for many years

The Story of An Italian American Family